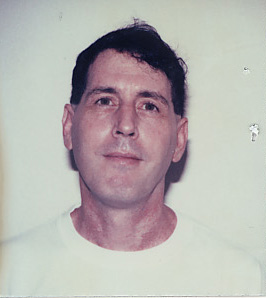 How have the winter months been treating you so far in 2008?

The business of selling music as you may know is really grinding to a halt. Everyone is in survival mode. Every year the challenge to stay afloat grows

When I did some research on Van Richter, I found that in your decade and a half of existence, you've only released 28 albums. That's less than two a year. Why have you chosen to take it slow on the releases?

Our business model was always to be an artist development label and not just pump out a lot of poor quality releases like our competitors. Also now due to the lack of market demand for cds further does not motivate us to take the risk of releasing too many titles at one time. The business has turned away from finished goods so we are more focused than ever on digital only releases until market demand dictates otherwise

It seems that you're pretty dedicated to the German scene. In fact, it appears the only band on your roster whom isn't German is Death and Horror Inc. Why have you chosen to remain exclusive to the German scene when you are an American label?

We do not sign bands based on their country of origin. It just happens that the best bands in the genre come from Europe so we go where the leading bands in the genre are. We wish the U.S. scene was better because it is much easier to work with and promote domestic artists but unfortunately the U.S. has not been a leader in the genre since the Wax Trax days of the late 1980's

On the other hand, Death and Horror Inc. is a Canadian project. Why did you decide to break the trend with them?

Again this was not a geographic decision at the time even though we had high hopes that DHI would have had an easier time breaking into the U.S. market which unfortunately was not the case

Have you ever considered putting out a release from an American aggro-industrial artist?

Yes we are always looking for new bands but sadly worldwide many of the artists are giving up music due to the lack of fan sales support Again we would welcome a quality U.S. industrial artist to the roster at any point in time.

Tell us a bit about Van Richter's beginnings. Who were your early supporters? Why did you start the label in the first place?

We were all former Wax Trax employees as well as fans of the genre back in the early 1990's. At that time our supporters were fans of the industrial gothic, metal, experimental and electronic genres. There was also solidarity between the many labels in the genre that existed as well as support at radio, press, video and retail unlike today. Back in the day I started the label because there such a waive of bands and labels in Europe that had no north american presence.

What bands were important to shaping you into who you are today, as well as to giving you the motivation to create and continue Van Richter all these years?

Bands from the 1980's were probably my biggest influence. I was a big fan of the new wave era and then followed that into the industrial and goth scene where I remain to date. I worked for Wax Trax so bands like Ministry, TKK, and The Young Gods I was a huge fan of. Once Wax Trax did the BIAS license deal I started to focus more on the European bands which in my opinion overall are far superior even today in their song structures and production. I believe in every band we sign to Van Richter and I am still a fan of each even today.

Do you personally have any experience of being in music projects?

It seems that yourselves and The Fair Sex took a long break at the turn of the millennium until you released their most recent offering, "Drop Your Anxiety" Why did the partnership drop out?

TFS has not really been an active band since then. The main guitar player L'o left and Rascal has his own project so there has been nothing new to put out other than the remixes we had been sitting on that we never before released for TFS fans and hopefully making some new ones Drop your Anxiety has remixes of many of their most successful songs which was another reason we released it recently.

Why did they choose to leave their strain with Endless Records to come back to Van Richter?

Endless was set up by the band to release some projects we were not interested in. The TFS titles we recently released were tracks we had in the achieves for some time before they set up Endless

It seems like your main competition is KK Records, Endless, and Our Choice. What are your opinions on these labels? Are they still around that you know of?

KK Records has been gone for some time. Our Choice was a division of Rough Trade Germany which got sold along time ago to Zomba. I don't think Endless is active to my knowledge

Do you still represent Plastic Noise Experience? Their last few releases, to my knowledge, have been on Alfa Matrix.

We had the rights to the band's releases as a duo but S.W. left the band after "Noised". Many years later Claus continued the name PNE and put titles out through Alfa Matrix but in our opinion it is not the same band at all and should not be called PNE

You recently also released a compilation called "Hellfire" that featured many of the usual Van Richter bands. Only artist that we saw on the compilation that wasn't a Van Richter artist is Trauma which appears to be a Girls Under Glass side project. Can you tell us a bit about the music of Trauma, and why they were considered for this compilation?

Actually we had the rights to release one of the old and best Trauma titles "Fractal I". We added a few tracks to the end of Girls Under Glass "Equilibrium" release as well as the Hellfire compilation. The remainder of the tracks can be found on the Itunes only exclusive release by Girls Under Glass "Traumatized" along with some classic GUG cover songs. Trauma was a seminal project and worthy of exposure so we put it out again to the public. It still remains one of my favorite records of all time especially since I am a huge fan of Clock DVA and Tangerine Dream which this first Trauma release sounds like a cross between.

Is Sielwolf permanently disbandedÂ I must admit to having had a slight crush in my youth on the female in the band, Petra I believe her name was...

Sadly Peter and Petra have left the scene after their last release IV which was recorded with Mick Harris of Scorn. We have though made all the out of print Sielwolf titles available again but only digitally on itunes. Petra and Peter were married (sorry). Back in the late 1990's they came to LA on a promotional tour and were only supposed to stay with us for one week which turned into three weeks. They were kind and funny people and good friends. We wish they would start making music someday soon.

Art is an important aspect of the package for me. I always consider the art to obviously be the first impression that the listener receives about the album in question. Van Richter has chosen to remain somewhat lo-fi and uncomplicated when it comes to art, both for album artwork as well as the web design. Can you tell us why?

Lo fi? I think we have put a lot of effort into the art covers of each release. We do try to keep to clean lines and not make art look too convoluted. We have kept the booklets to 4 pages as we feel that anything longer is a waste of space and cost. Every Van Richter release does have a duo tone of the album cover art on the CD itself which is our signature packaging. The website we try to keep the content clean from a design stand point and easy to use.

Girls Under Glass released an EP in 2000 entitled "Frozen" which was a Madonna track. How did they get away with using the track name for the EP name as well? Most pop artists would have thrown a fit.

The band got clearance from Warner Brothers so we were never involved in the process. When GUG brought us the master recording to press the song had been cleared for release

You recently landed a gig with Hot Topic to put out an exclusive sampler disc. Can you give us the details on this, and why you chose a mainstream store like Hot Topic for the occasion?

Actually it is very difficult to convince HT to carry indie music of any genre. It took a lot of follow up as well as meeting with the buyer at their offices. Every label and their dog wants to get their music into HT and they only have 10 sq ft per store of music space in the 500 stores that carry music. The reason we pursued HT is because they have our target customer of lifestyle kids that are looking for dark music, even though most go for only mainstream stuff. We need to make new fans as well as get exposure for our artists and HT offers that opportunity even if it means working with a main stream retailers as where else can you go in this day and age? The retail chain that was best friends for indie music was Tower and they went Bankrupt at the end of 2006.

You don't feel this partnership will do more to damage the label's image than to help itÂ Granted they sell albums from great bands like :Wumpscut: and Velvet Acid Christ, most would consider the store to be a bit too cliche.

Exposure can only help the label image as we still toil in obscurity for the most part. Any crossover from the underground into the mainstream can only create possible opportunity for us. Most important is that the music will never be compromised by us. Selling in a mainstream store does not compromise artist integrity either.

What is next for Van Richter?

Do you have any news to announce?

We launched a digital distribution division for unsigned bands and indie labels with our partner Artillery Music to get their music up on itunes for sale. Currently we have 6 other labels we are distributing on iTunes including Hateworks, Tradgick Records, DFA Productions, Mercenary Musik and numerous unsigned artists. Remember there will be no one making music if everyone steals it or expects it for free Support the artists and labels and buy their music before it all goes away for good.